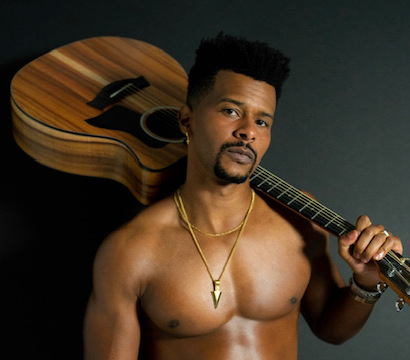 Nasim Siddeeq, born in the Bronx, raised in the town of Wawayanda, is a singer, songwriter, guitarist and producer. His grandma, Phyllis Greene, discovered him at the early age of 4 while singing “O Happy Day” in the bathtub. She heard him from downstairs and encouraged him to continue singing. He has been singing ever since! When Nasim picked up the guitar in 2014 his career began to take off in an entirely new light.

Nasim graduated from S.U.N.Y Albany and then taught six years of high school Spanish in the greater Washington D.C. area. He left his career to pursue music full time back home in New York following the 2016-2017 school year. He felt it was time to take the leap of faith and put all of his time in his God given talent. Right away, Nasim began singing on the streets and subways of N.Y.C. to try and find more opportunities to do what he loves most. After singing with his guitar on 125th Street for a few hours, it came to pass that he was in the right place at the right time.

April 2018, Nasim performed on “Amateur Night at the Apollo” in Harlem, NY! While living in Washington D.C. Nasim performed at the Kennedy Center and was featured on National Television with WUSA9! He has been doing the Sunday brunch performance at the Olde Towne Inn, in Largo Maryland for over a year. Nasim has performed at many different venues all throughout Washington D.C., Maryland, and Virginia. Upon releasing his CD, Nasim had a sold out show at Acre121 in D.C.

On April 22nd 2017 Nasim released his first original album, “Singing for my Life”. It contains all live instrumentation and original lyrics. This album has already sold tons of copies and reached fans all over the world including Japan, Korea, Nigeria, Kenya and Australia. The album can be found on iTunes, Googleplay, Amazon, Spotify, Tidal, Youtube and more.

Since his debut album, Nasim has released four R&B singles: “I’m So Into You”, “Moment”, “Can’t Get Her Off My Mind”, and “You’re Beautiful”, available on all platforms. Make sure you check out his spicy official music video for “Moment” on Youtube!

If you miss that music you can feel deep in your soul, it’s time for you to experience Nasim Siddeeq. Check out his Instagram, Facebook and Website. They all have the handle “SingNasim”!

Come on out for a solo show right in Times Square.  Nasim will be singing his heart out from 12-3pm

Come on out for an awesome show.  Nasim will be putting a band together for this one and you don't want to miss it!

Me and my guitar.  Come on by!

Update Required To play the media you will need to either update your browser to a recent version or update your Flash plugin.
Download Download
Back
You Tube

Contact Information
Thank you for stopping by! Please reach out if you have any further questions.
Information Request